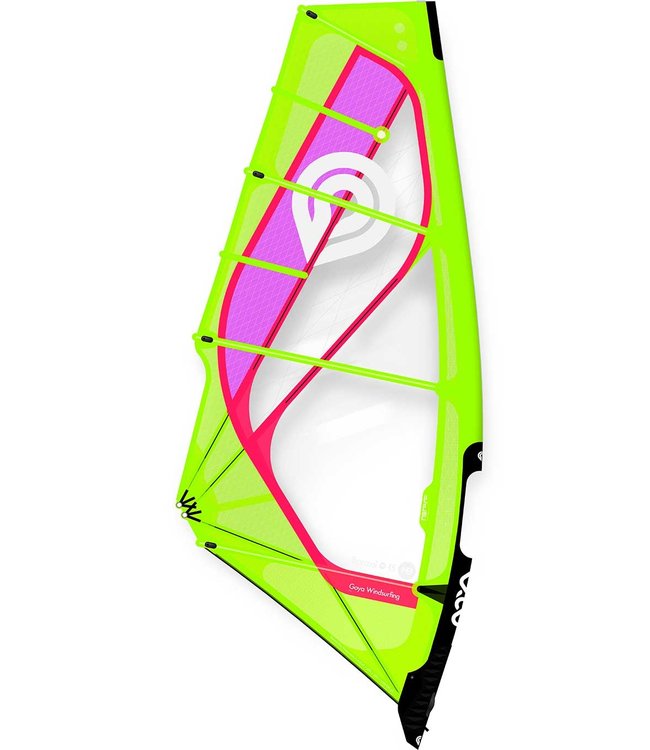 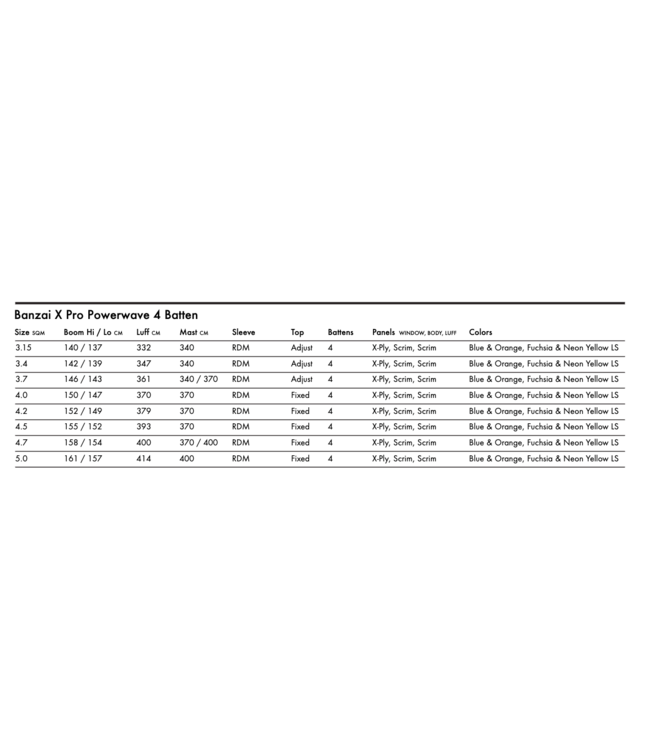 THE VERDICT
A unique sail in this group, entrusting the rider with precise power and instantaneous response. For those that like to sail in full control and connection with their rig, there are no better options out there than the Goya Banzai Pro. 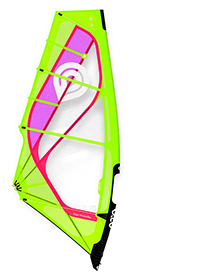 OVERVIEW
The Banzai is classed by Goya as their Power Wave offering and comes in either Pro or X Pro construction, the X alluding to the full x-ply and scrim construction. The Banzai Pro tested here is the same design, yet utilises Bi-Ply in its window panels – two layers of 3mil polyester film with a UV inhibitor sandwiched between. Produced by Dimension Polyant in the US, it is described as a more supple and flexible alternative to monofilm, lasting up to three times longer. Visually very similar to the 2019 Banzai, Goya make no excuse for deviating from the current trend for neutral-feeling on-off sails with the Banzai, stating there’s a place for that style elsewhere in the Goya range (the Guru X Pro). Instead, the Banzai is advocated and coveted by Marcilio Browne, described as generating “low RPMs” and “that little extra through back hand throttle control”. Available in either blue/orange or neon yellow and fuchsia (as seen here), it incorporates all the features of its predecessor, from the carbon stretch control tendons extending from the clew (and through the foot panel), the rip stop luff sleeve, a scrim perimeter around the window, and Kevlar integrated scrim in the foot panel. New for 2020 is the use of scrim throughout the luff panels, said to provide a lighter, crisper feeling with quicker response. And little details, such as the scrim in the head panel backed with insignia cloth for extra durability during rolling gives you a real sense that the whole sail is thoroughly considered, from head to foot.

BRAND CLAIM
“The Banzai Pro is the answer and solution to all demands of a light weight, direct power delivery, wide range sail with heaps of flex feel and control. The adaptability of the Banzai Pro is unparalleled.”

PERFORMANCE
Rigged on a Hundred Pro RDM mast, the recommendation is to apply downhaul until the looseness in the upper leech reaches the marker at the end of the top mini-batten. In doing so there’s a moderate amount of luff curve, the two lower battens retaining rotation around the mast, as a good amount of shape is pushed forwards in the draft. The choice then is which of the titanium-ring clew eyelets to use, the feel and sensation between the two in the Banzai still one of the most distinct and notable. For light marginal winds, the upper clew extends the length of the boom slightly, tightens up the lower leech and makes the power feel more purposeful. As the wind increases, the lower eyelet helps to release the lower leech and increase the twist in the upper panels, the shorter boom more raked to promote the sail’s compact nature. Whichever eyelet you choose though the Banzai’s structure is something to marvel at, being so clean and defined, with such high skin tension throughout most of its panels. It’s more like wing than a sail! It means the power delivery is direct and instantaneous as soon as a gust hits, its sharp response and crisp feedback through both hands always confirming where the power is for the rider. For those that sail in a passive manner, it may take them a little time to adjust to, but with some investment and understanding, the immediacy of the response can be used to great effect. Nowhere is this more apparent than on the wave, where the Banzai’s balance, speed and energy can transform an understated ride to something far more explosive and expressive. As the wind increases, a shift to the lower clew eyelet is often all that is needed to cement the Banzai’s control, the twist in the upper panels combining with flex through the mast and luff panels to cushion the ride. In extreme conditions, some additional downhaul tension helped as well, although such is the direct useable power of the Banzai that the shrewd option is to change down and benefit from the manoeuvre advantage of using a smaller sail. 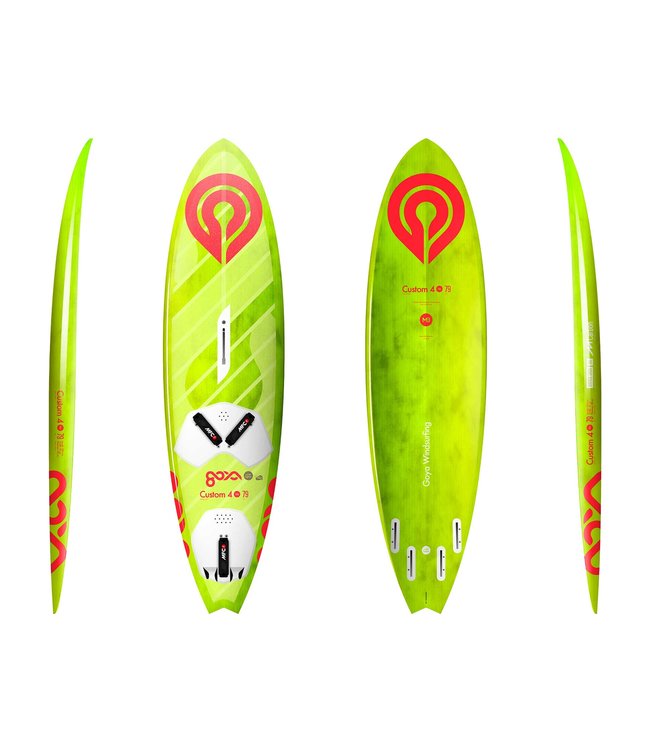 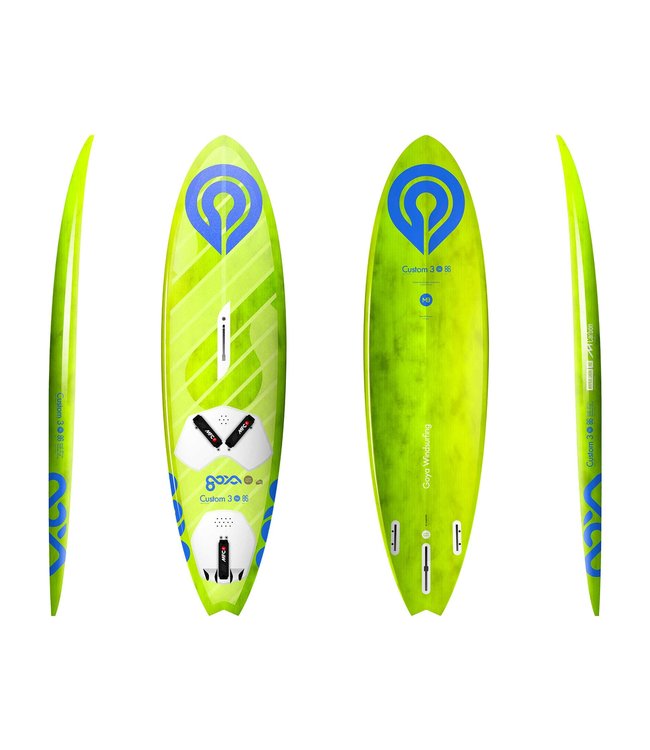 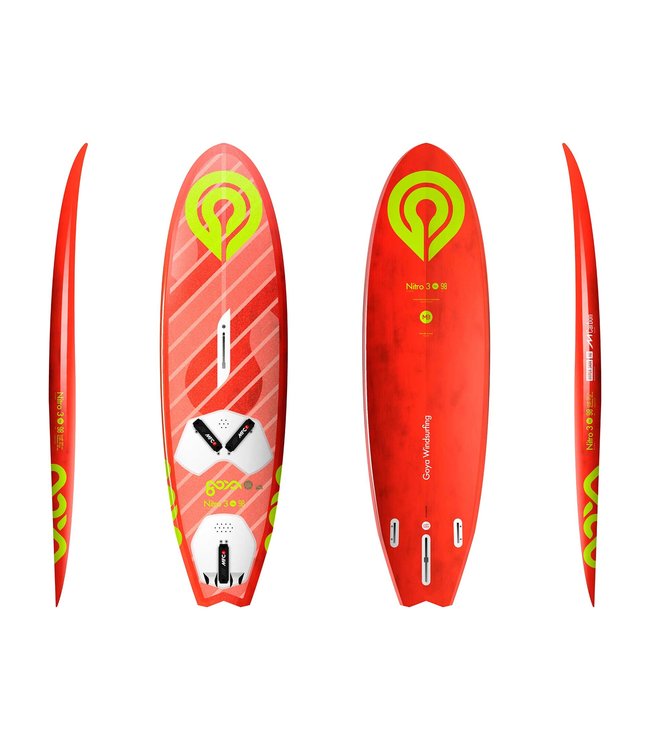 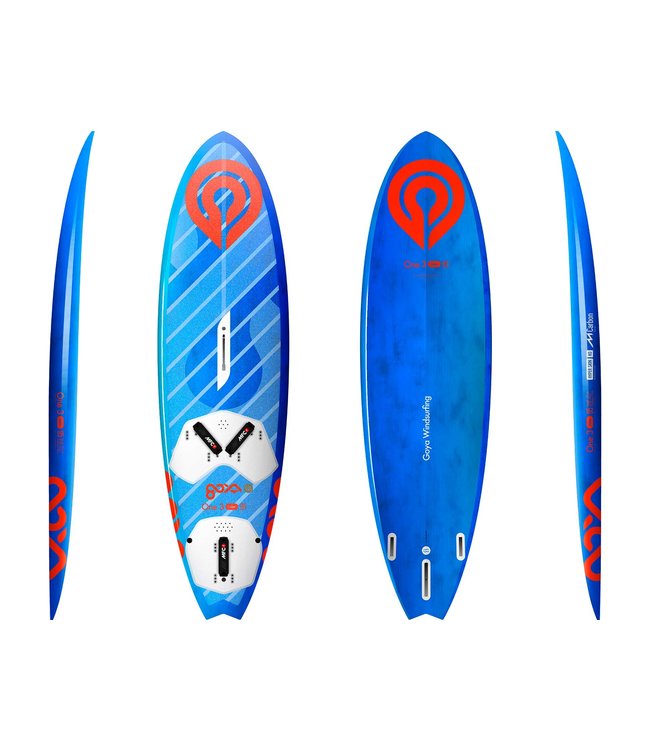 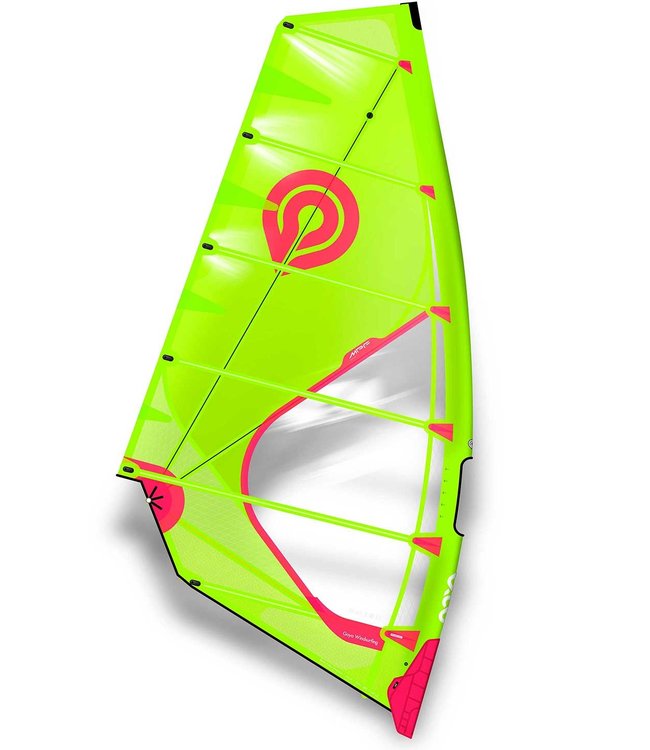 Making it lighter was yet again the key philosophy for this ..
£615.00 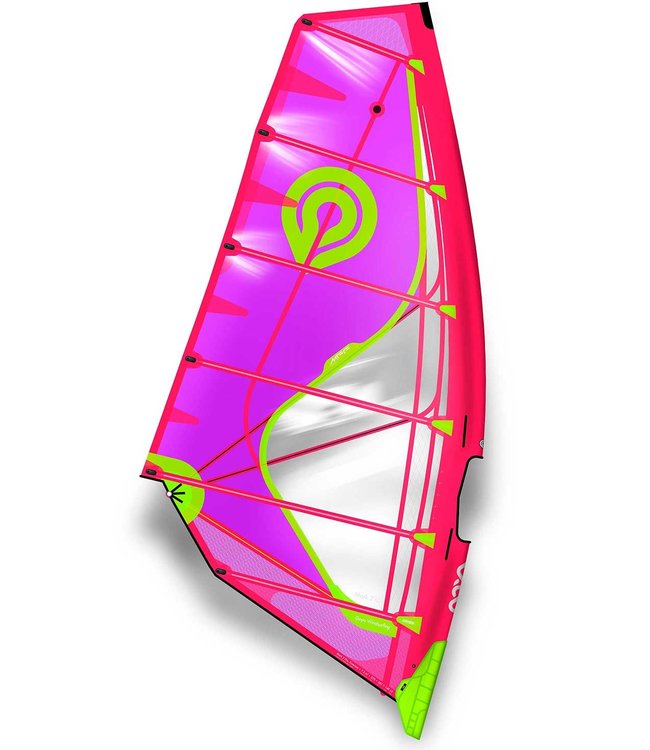 Francisco Goya has always had a heart for racing, so develop..
£700.00 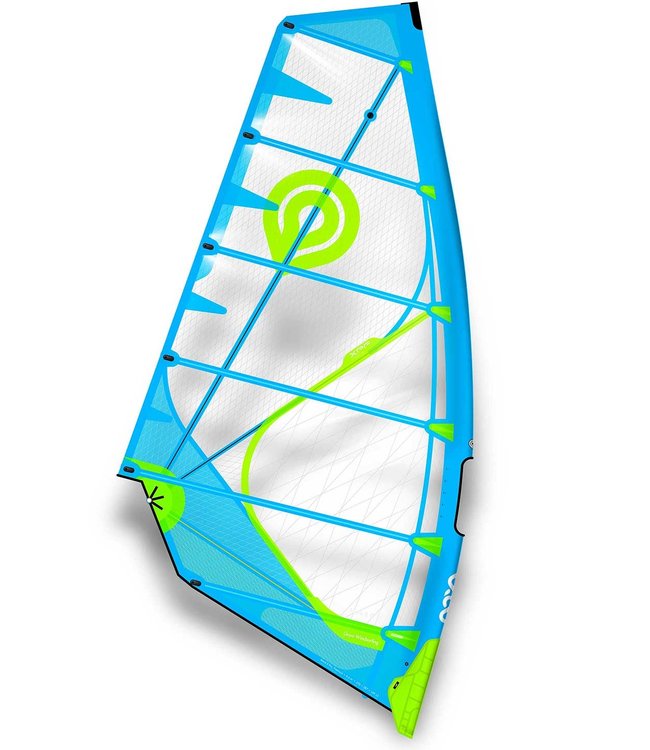 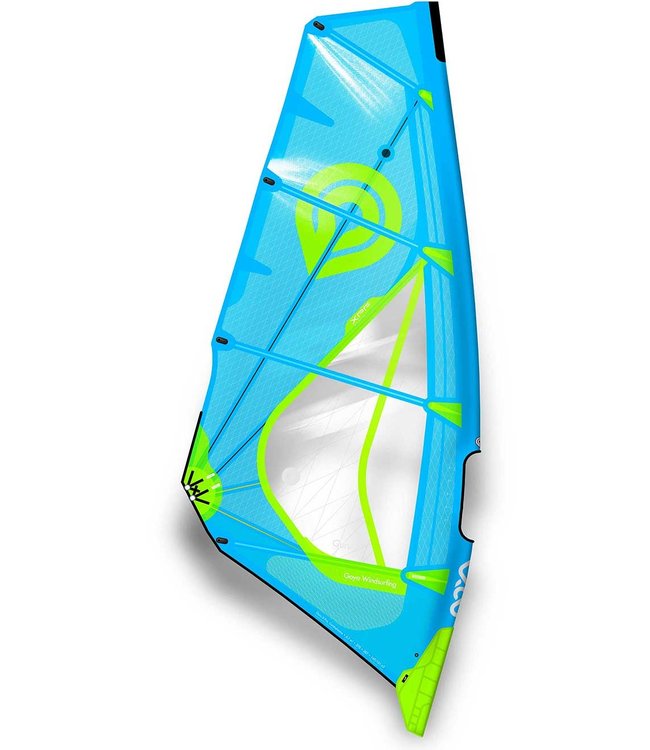